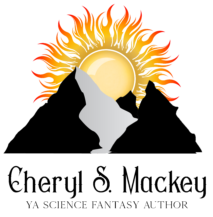 The world of Skyfall will die unless Moira finds the lost immortals.

Seventeen-year-old Moira is haunted by the accidents that claimed her family. When she is attacked by a strange boy who seems to know too much about her past, Moira fears death will come for her a third time. Saved by twins Airi and Bel, she is taken to their world and safety.

Or so they thought.

Skyfall is dying, the land destroyed during a supernatural war. Those who had protected it, the lost immortals, have gone missing and the land has decayed beyond redemption unless their magic can restore it. Armed with a mysterious talisman Moira, Airi, and Bel must find a journal left by the twins’ dead mother that will tell them how to find and free the Immortals known as The Unknown Sun.

Deeper, darker, secrets unravel around them when the journal reveals shocking information…because everything has a price and the price just might be Moira.

A rebellion against the Windwalker kingdom stalks them from the shadows until it threatens their quests and the boy who tried to destroy Moira appears and is determined to seek revenge.

Part 1 of a breathtaking sword and sorcery romantic fantasy for fans of D.K Holmberg and Robyn Wideman!

The quest is only a small part of a puzzle that has spanned millennia and now Moira must confront everything…Buy The Unknown Sun and join the adventure today!

In a world ruled by darkness and deceit, the Immortals of The Unknown Sun are the only ones in their world who can fight an evil set free eons ago by desperate gods.

Immortals Emaranthe, Ivo, Jaeger, and Jadeth are tasked with protecting a village and stopping the enemy from taking the Starstone hidden in the mines. With the Starstone, an unimaginable power source, the Dro-Aconi can create portals much like the old gods had, and use them to spread destruction across the planet of Ein-Aral and into the universe.

To battle the Necromancer, the Dro-Aconi’s greatest general, they must face the ghosts of their pasts, of their mortal lives stolen by desperate gods to save the world… along with the undead. For the first time in hundreds of years they may lose everything…because immortality isn’t what you think. It’s a curse.

But something isn’t right, something smells off, and it’s not just the undead.

Part one of an epic, romantic, swords and sorcery fantasy for fans of Robin McKinley and Melanie Cellier!

What is really going on and is Emaranthe and her found family being led into something sinister? This is just the beginning of something far bigger than they could ever imagine…Download Shadows & Starstone to join their adventure today!

Their quest leads to revelations as death and life hang by a thread.

Emaranthe and her family must journey to the heart of the southern badlands with little more than a ragged map. Joined by a spy seeking redemption for a betrayal, and an elf searching for a god that has captured his heart, they must find something called The Crown of Gods before it’s too late. They need allies…but what if all they get are enemies?

Part 2 of an epic, romantic, swords and sorcery fantasy for fans of Robin McKinley and Melanie Cellier!

What will they find at the X marks the spot…the truth or betrayal? Download Allies & Enemies to join their adventure today!

The search for The Crown of Gods is now a fight for their lives…past and present.

Emaranthe and her family have the map that cost them nearly everything. Now they must decipher it to find The Crown of Gods. The line between ally and enemy is drawn as they grow closer to a truth that is darker than they thought. Just who is Emaranthe and why do her past lifetimes matter in a war that has spanned millenia?

Hidden by their exiled elf allies in the wintry north, they fight to overcome ghosts of the past to have a chance for a future of peace.

The fallen Empire of The Unknown Sun, driven by the mad Stormwarden Rodon, marches on the Exiles to claim the map that will lead them to the one thing he wants most: Revenge.

To stop them they may have to sacrifice everything…

Part 3 of an epic, romantic, swords and sorcery fantasy for fans of Robin McKinley and Melanie Cellier!

The path toward annihilation is set, the past is being revealed, and their future is in danger…Download Exiles & Empire to join their adventure today!